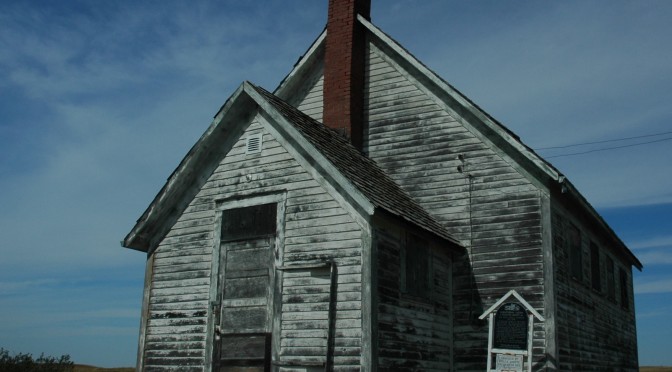 Big Four School was so named for the “four big girls” who made up the scanty attendance roll for its first batch of pupils in the fall of 1915. These girls were: Helga Dahl, Myrtle Skappel, Clara Herfindahl and Runnel Dahl.
Like all country schools, it was the site of picnics, dances, Christmas pageants, field days and endless hours of play. It had nearly forty teachers throughout its 40-odd years of existence, most of them young women. In later years, one sees “Mrs” before some of the teachers’ names, reflecting a change in policy which allowed married women to teach. Big Four School is located in the far southwest corner of the R.M. of the Gap. It closed in 1961, but the 100-year-old building stands there still, marked by a plaque from the Saskatchewan History & Folklore Association.

**Historical information taken from Builders of a Great Land: History of the R.M. of the Gap No. 39