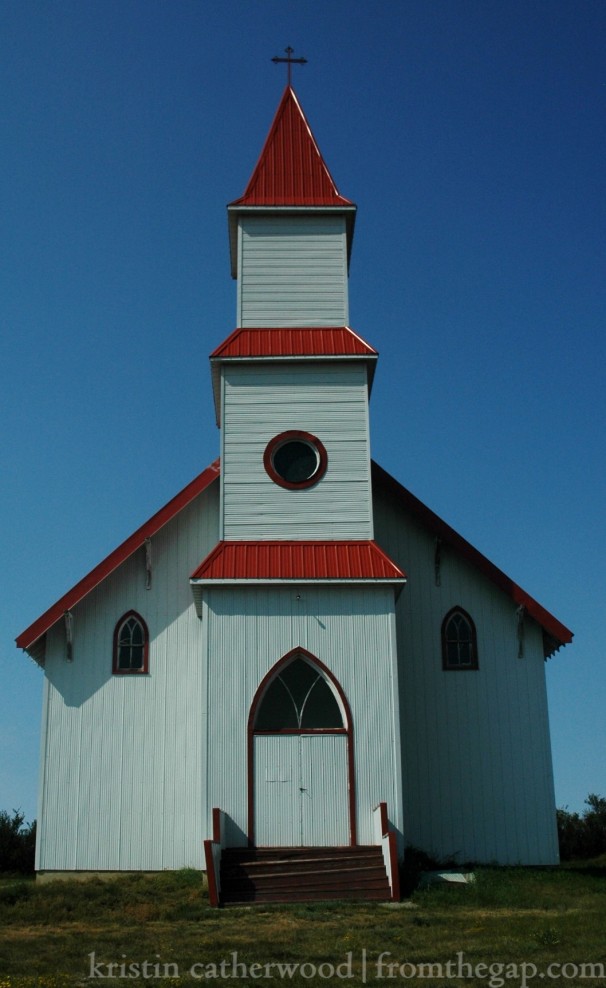 Spotted this lonely church as I was driving home on Highway 18 from Grasslands National Park. September 2, 2013. 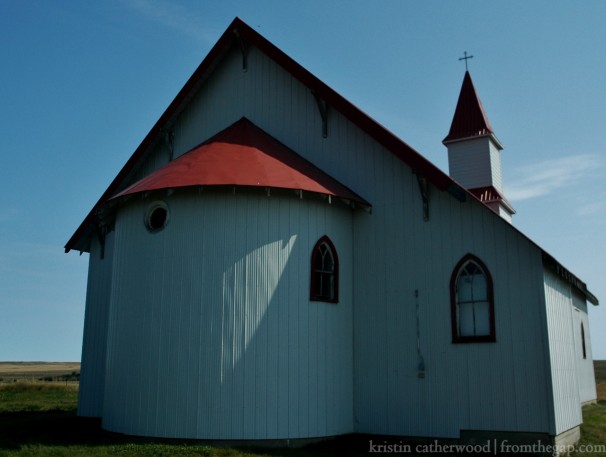 The tin cladding and roof will hopefully preserve the structure for some time, though in my opinion it does take away a bit of the original character. September 2, 2013.

A true country church, though there is an old schoolhouse across the road and a couple of abandoned farms. Though isolated and lonely now, this spot was no doubt once the centre of a rural community. September 2, 2013.