Driving home, tires hissing over wet pavement and windshield wipers swicking rain away. To the left, north, an inky blackness from whence the rain comes and the odd soft sheet of lightning. To the left, south, the almost-full moon is half-in and half-out of the clouds, so that they are silvery and illuminated and reveal the langourous line of the hills beneath them. I don’t know if this energy thrumming through me comes from the lightning, or if it comes from me and perhaps I’m the storm-conjurer.

I am costumed, having just guided a tour through the quiet streets of a prairie town weaving a dark web of tales of hauntings and unsolved murders and sicknesses that stole whole families away. I have summoned ghosts, both paranormal and metaphorical, to try to tell a story about a past I can never know, try as I might. Is it morbid that it exhilarates me so?

I am dressed up as if to be someone else, because it helps me quell my natural shyness. I don the garb of a role, that of the storyteller, so that I can distance myself from myself and thus have the courage to perform. But now, still dressed up, I wonder if this isn’t the real me, too?

And so, wearing an assemblage entirely unsuited to this Wednesday night on a dark, damp and obscure prairie road, and as I feel this strange energy coursing through me, I have to wonder, in this land of the sun, why I am so stimulated by its darkness. As I drive along, I see two does in the ditch, in time to slow down and make sure they won’t jump out in front. There’s a jack rabbit bouncing along beside me, and several birds startle up and away, flushed out by my headlights. The night is teeming with life, as usual. And once again I feel the words swirling around in my head, demanding to be let out, to be given form. Always in the night, it seems. Strange, considering I talk so often about chasing the light. Perhaps that’s why the night is so fruitful for me. Because I don’t need to chase it at all. It comes to me as an equal.

Storm watches and warnings all day. Talk of supercells and tornados and flash floods. Disbelief after months of drought that rain might come in such deluge.

Despite a wind blowing from the east (always a portent of changing weather, since it prevails from the west) and the red bars across the top of the weather forecast, I do not really believe the storm will be as bad as they say it might be. They’re only ever that bad when they come out of the blue.

All these years of living here, being from here and all, and I’m still surprised at the suddenness and the fierceness of a prairie thunderstorm. The frequent flashes of lightning are so common here all summer that I hardly notice them anymore. So when the wind suddenly sweeps down from the north in gale force, bringing with it a torrent, I rush to the window in disbelief.

It’s a nighttime storm, and so in the darkness there is no possibility of squinting at cloud formations for auguries and portents of what may come – is that a greenish tinge, signifying hail? Is that slowly rotating column a funnel trying to form? No, in the blackness I can only listen to the wind, ask it politely to please spare the tender stalks of my vegetables growing in the garden. I can only poke my head out the door and take in gulps of the rainy air, of that peculiar musty smell that only summer prairie rain has – a sharpness which constrasts so totally with the flatness of the droughty, dusty air of only moments ago.

And then, almost as soon as it crashed in, like a rude and drunken houseguest who is not entirely unwelcome, but still, some manners would be nice, the storm blows itself somewhere else, perhaps to rain harder to the east, or throw some hail further south. Or maybe just to weaken and scatter itself impotently across the land, feeble sheets of lightning its only remnant. Wherever and however it’s gone, it has left, and this time, thankfully, with little destruction to show for itself.

That’s the word that came to mind when I thought of my nightly ritual. Obeisance – a salutation, a deference, a homage.

Every night, near the witching hour, in the gap between today, yesterday and tomorrow, I slip out into the night. I give obeisance to the stars (if they glimmer), to the moon (if she is nigh), to the aurora (if they shimmer), to the earth below my feet. I cannot see the hills unless the moon is full, but I feel them there, a weighty, comforting presence to the south. In high summer, as now, the leaves whisper and the grasshoppers hiss. In winter, the silence is almost complete, unless the wind sees fit to rouse the snow to rasping as it skiffs and drifts and piles.

I suppose it’s almost like a prayer, an Isha’a, a Matins, a Ma’ariv, almost like but not, since it is my own keeping of the Hours, nothing I was ever taught or told to do. It is just something I feel I must do when I am here at home. I must give obeisance to this land and this sky, I must go out in the stifling summer warmth or the freezingness of winter, or the damp chillliness of spring or the dry chillliness of fall. I must crank my head back, I must gaze up at the tapestry of stars and zooming satellites and dancing planets and the nighttime luminary, if the phase is visible. Why must I? Perhaps because I cannot fall asleep without a lungful of fresh air before bed. Perhaps because I’m a night owl and I must commune with my own kind. Perhaps because the universe and the earth conspire together to draw me out. Perhaps because I know I am lucky to be able to stand motionless and alone under the unobstructed sky at midnight, as so many people in the world cannot. Perhaps because I just need to and that’s the only real reason.

In a place like this, life is determined by the environment. The weather is omnipotent, like a god. It is always raining too much, or not enough, or not at all. If wheat is king, then rain is the power behind the throne.

And so it isn’t surprising that people whose livelihoods depend on the ungovernable whims of the weather would seek to wrest some sort of control from the void of uncertainty.

Divination, prognostication, prophecy – the foretelling of the future. As if by knowing ahead of time we can somehow change things that cannot be changed. Some might call it magic, witchcraft even. But the customs I am about to impart were not practiced by stereotypical old crones murmuring over bubbling cauldrons – or at least, not exclusively. Rather, they were carried out by Saskatchewan farmers within the last fifty years, perhaps right up to this day. And it usually happened on New Year’s Eve, or so I’ve been told.

What would happen is this:

The farmer took six walnuts, split them in half, cleared out the nutmeat, and placed the twelve empty shells on the mantel. Each husk represented a month. He filled them with water, the same exact amount in each, and retired for the night. The next morning, the first in the new calendar year, he checked each shell’s water level. The amount in each husk corresponded with the amount of moisture each month in the year would bring.

The farmer cut up an onion, creating twelve equally sized “dishes.” These were filled with equal amounts of salt before the farmer went to bed. In the morning, he examined how much water had been sweated out of each onion to foretell the rainfall in each month of the coming year.

I’ve been told these methods of divination really worked. Whether they did or they didn’t, they were done. If I had known of this custom, and tried it last December 31st, would the walnut husks or the onion bowls have been dry as a bone in May and June? 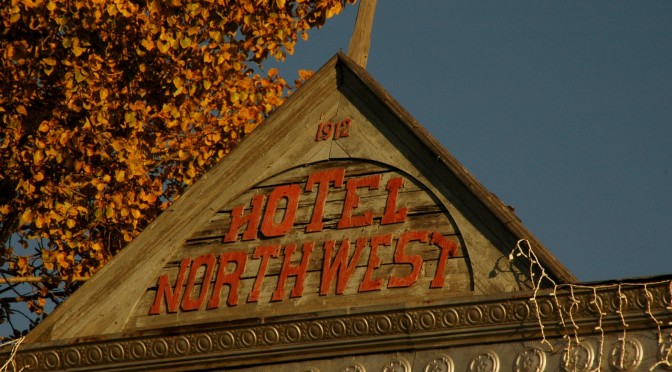